We are currently experiencing some issues with Bibliocommons, our online catalogue. Staff can help you place holds, check your account, and look up items: 604-925-7400.

Join us for a panel discussion on Léon Coupey: My Dearest Kate, an exhibition of a selection of postcards sent from Paris by Léon Maurice Coupey (1864-1925) to “his beloved Katie,” (Kate Barlow Hunt Coupey, 1873-1943) in London, during their courtship and through their early married life. A lawyer by profession, Léon was an inventive and talented artist who decorated his postcards with calligraphy, landscapes, caricatures, and self-portraits. These cards present a snapshot of not only this relationship, but also Europe at the turn of the 20th century. The couple were married in London in 1904 and had four children. Many of the cards are held in the care of West Vancouver artist, Pierre Coupey, who is Léon and Kate’s grandson.

This event is presented in conjunction with the exhibition Léon Coupey: My Dearest Kate at the West Vancouver Art Museum from January 19 to March 12, 2022.

Guy Atkins is a writer and artist based in London. Educated at Oxford University and Goldsmiths, University of London, they have written extensively on the culture of sending and collecting postcards in Edwardian Britain, including their 2014 book ‘Come Home at Once’ (Bantam Press). Their collaborative art projects explore the politics of history making, often through personal and museum collecting. Guy has developed his multi-disciplinary practice through projects with diverse communities, including people in prison (‘This Small Change’ 2020, Prisoners’ Education Trust, Tate), peace campaigners (‘And There Was Brian’ 2018, Museum of London), and psychoanalysts (’20 Years of Archive Fever’ 2014, Freud Museum, London).

Pierre Coupey was a founding co-editor of The Georgia Straight and the founding editor of The Capilano Review. His work has received numerous awards, grants, and commissions, including grants from the Conseil des Arts du Québec, the Canada Council, and the BC Arts Council. He received the Distinguished Artist Award from FANS in 2013, was elected to the Royal Canadian Academy of Arts in 2018, and named Faculty Emeritus, Capilano University in 2019. His work is represented in private, corporate, and public collections in Canada and abroad, including the permanent collections of Burnaby Art Gallery, Canada Council Art Bank, Kelowna Art Gallery, Simon Fraser University Art Gallery, University of Guelph Collection, University of Lethbridge Art Gallery, Vancouver Art Gallery, and West Vancouver Art Museum, among others.

Dr. Hilary Letwin gained her PhD in Art History from Johns Hopkins University in 2013. She has held Curatorial Fellowships at the British Museum and the Baltimore Museum of Art. Recent projects include Cornelia Hahn Oberlander: Genius Loci (2020); Design for Living: West Coast Modern Homes Revisited (2019); Saints, Sinners and Souvenirs: Italian Masterworks on Paper (2019); and Molly Lamb Bobak: Talk of the Town (2018). She currently works as the Museum Administrator/Curator at the West Vancouver Art Museum. 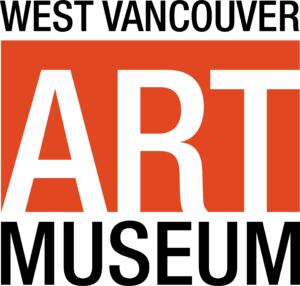 Upon registering below, you will receive a recurring Zoom link one day prior to the event.