Starting May 3, we will no longer charge late fees on our materials. Learn more.

The Library is open See Hours
Give

Join Paul Merrick and Hilary Letwin as they discuss the preparation of the exhibition A Twist of the Rules: The Architecture of Paul Merrick on display at the West Vancouver Art Museum, June 8 to July 23.

A resident of West Vancouver for six decades, architect Paul Merrick has had a significant hand in shaping the skylines of West Vancouver, Vancouver, Victoria, and far beyond. Over the course of his career, he contributed to the early plans for the development of False Creek, as well as overseeing the design of City Square, the renovations of the Orpheum Theatre and the West Vancouver Memorial Library, and the retro-fitting of the Marine and the BC Hydro Electra Buildings. His residential projects include the notable Killey residence in Vancouver and his own residence in the Eagle Harbour neighbourhood of West Vancouver. Built in 1973, this latter house is an extraordinary feat of wood and glass nestled in the forest and is frequently classified as “carpenter Gothic.” This exhibition showcases 12 of Merrick’s most important projects spanning his 60-plus year career, exploring his design hallmarks and granting insight into his process.

Dr. Hilary Letwin gained her PhD in Art History from Johns Hopkins University in 2013. She has held Curatorial Fellowships at the British Museum and the Baltimore Museum of Art. Recent projects include Cornelia Hahn Oberlander: Genius Loci (2020); Design for Living: West Coast Modern Homes Revisited (2019); Saints, Sinners and Souvenirs: Italian Masterworks on Paper (2019); and Molly Lamb Bobak: Talk of the Town (2018). She currently works as the Museum Administrator/Curator at the West Vancouver Art Museum. 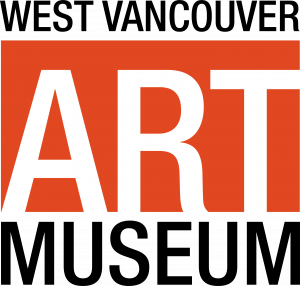 Upon registering below, you will receive a Zoom link one day prior to the event.